I am hoping for good weather in August, as it will be the first time we will meet again in person!  I hope that will mean that we will welcome many old friends who have been uncomfortable with zooming the play readings.
The play I've chosen for August features the themes of small battles and little battles: it's a feminist piece with humour.
Little Wars
by Steven Carl McCasland
In 1980, Mary McCarthy told Dick Cavett that "everything Lillian Hellman says is a lie, including 'and' and 'the'." She also claimed to know a woman who could prove it. And with those words, a legendary literary feud began.
In Little Wars, it's France, 1940. Tensions are high. The booze is flowing. War is coming. Inspired by one of the literary world's most famous scandals, Little Wars features Lillian Hellman, Dorothy Parker, Gertrude Stein, Agatha Christie, Alice B. Toklas and Muriel Gardiner having the best what-if dinner party imaginable.
Together they'll drink, scoff and face their demons. Everyone has a confession. Someone has a secret.
The Participants
Lillian Florence Hellman (June 20, 1905 – June 30, 1984) was an American playwright, author, and screenwriter known for her success on Broadway, as well as her communist sympathies and political activism.
Dorothy Parker (née Rothschild; August 22, 1893 – June 7, 1967) was an American poet, writer, critic, and satirist based in New York; she was best known for her wit, wisecracks, and eye for 20th-century urban foibles.
Gertrude Stein (February 3, 1874 – July 27, 1946) was an American novelist, poet, playwright, and art collector. Stein moved to Paris in 1903, and made France her home for the remainder of her life. She hosted a Paris salon, where the leading figures of modernism in literature and art, such as would meet.
Dame Agatha Mary Clarissa Christie, Lady Mallowan, (15 September 1890 – 12 January 1976) was an English writer known for her 66 detective novels and 14 short story collections, particularly those revolving around fictional detectives Hercule Poirot and Miss Marple. She also wrote the world's longest-running play, The Mousetrap, which was performed in the West End from 1952 to 2020, as well as six novels under the pseudonym Mary Westmacott. In 1971, she was made a Dame (DBE) for her contributions to literature. Guinness World Records lists Christie as the best-selling fiction writer of all time, her novels having sold more than two billion copies.
In August 1926, Archie asked Agatha for a divorce. He had fallen in love with Nancy Neele, a friend of Major Belcher. On 3 December 1926, the pair quarrelled after Archie announced his plan to spend the weekend with friends, unaccompanied by his wife. Late that evening, Christie disappeared from their home. The following morning, her car was discovered at Newlands Corner, parked above a chalk quarry with an expired driving licence and clothes inside.  On 14 December 1926, she was located at the Swan Hydropathic Hotel in Harrogate, Yorkshire, registered as Mrs Tressa Neele (the surname of her husband's lover). The next day, Christie left for her sister's residence, where she was sequestered "in guarded hall, gates locked, telephone cut off, and callers turned away".
Alice Babette Toklas (April 30, 1877 – March 7, 1967) was an American-born member of the Parisian avant-garde of the early 20th century, and the life partner of American writer Gertrude Stein.
Muriel Gardiner Buttinger (née Morris; November 23, 1901 – February 6, 1985) was an American psychoanalyst and psychiatrist.  Her story is based on fact.
Posted by Brussels Housewife at 12:58 AM No comments:

Because I am off on my travels, we are not going to be meeting in June.  But I'm making up for this with an absolutely wonderful play in July!

This play based on the hugely popular 1970 book, which was later made into a stage play, television play, and film, about the real-life twenty-year correspondence between the author and Frank Doel, chief buyer of Marks & Co antiquarian booksellers.

Helene Hanff's career saw her move from unproduced playwright to writer of some of the earliest television dramas to becoming a noted writer and personality in her own right.  Originally a playright, when network television production geared up in the early 1950s, Hanff found a new career writing and editing scripts for many early television dramas. Chief among these was the series The Adventures of Ellery Queen. The bulk of television production eventually moved to California, but Hanff chose to remain in New York. As her TV work dried up, she turned to writing for magazines and, eventually, to the books that made her reputation. In 1981, Hanff also appeared as a would-be islander in the BBC's Desert Island Disks radio programme, in which she discussed many aspects of her career along with her required choice of disks.

84, Charing Cross Road  was first published in 1970. She depended on the bookshop—and on Doel—for the obscure classics and British literature titles that fueled her passion for self-education. She became intimately involved in the lives of the shop's staff, sending them food parcels during Britain's postwar shortages and sharing with them details of her life in Manhattan.

Due to financial difficulties and an aversion to travel, she put off visiting her English friends until too late.  Hanff did finally visit Charing Cross Road and the empty but still-standing shop in the summer of 1971, a trip recorded in her 1973 book The Duchess of Bloomsbury Street. This trip was a highlight of her life.

In the 1987 film adaptation 84 Charing Cross Road, Hanff was played by Anne Bancroft, while Anthony Hopkins took the part of Frank Doel. Anne Jackson had earlier played Hanff and Frank Finlay had played Doel in a 1975 adaptation of the book for British television.

I am delighted that we will be reading this play and hope you will enjoy it as much as me! 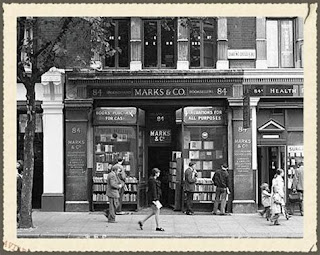 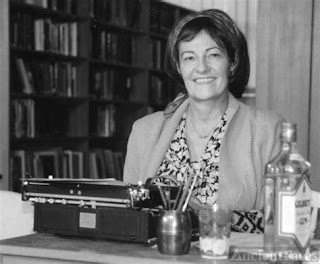 Posted by Brussels Housewife at 8:33 AM No comments:

5 May: The Kitchen Sink

The Kitchen Sink depicts how small changes in our lives can nonetheless have a big impact in a similar manner to the ‘kitchen sink dramas’ of the 1950s, which were labelled as revolutionary by the theatrical establishment at the time.  Billy Liar being one of the originals, I felt it would be really good to do these two plays together.

The Kitchen Sink was a commercial and critical success on its premiere, praised for its inventive turn of phrase, which the Guardian likened to Alan Bennett in its five star review, and its accurate portrayal of family life.

Things aren’t going to plan for one family in Withernsea, Yorkshire. Pieces are falling off Martin’s milk float as quickly as he’s losing customers and something’s up with Kath’s kitchen sink. Billy is pinning his hopes of a place at art college in London on a revealing portrait of Dolly Parton, whilst his sister Sophie’s dreams of becoming a ju-jitsu teacher might be disappearing down the plughole. Amid the dreaming, the dramas and the dirty dishes, something has to give.

The Kitchen Sink premiered at the Bush Theatre in London in 2011 and won Wells the Most Promising Playwright at the Evening Standard Theatre Awards and the George Devine Award. 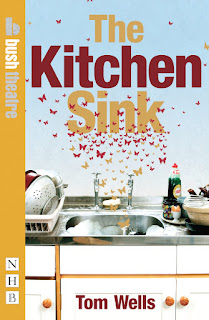 Posted by Brussels Housewife at 10:14 AM No comments:

Billy Liar is a 1959 novel by Keith Waterhouse that was later adapted into a play, a film, a musical and a TV series. The work has inspired and been featured in a number of popular songs.

The semi-comical story is about William Fisher, a working-class 19-year-old living with his parents in the fictional town of Stradhoughton in Yorkshire. Bored by his job as a lowly clerk for an undertaker, Billy spends his time indulging in fantasies and dreams of life in the big city as a comedy writer. 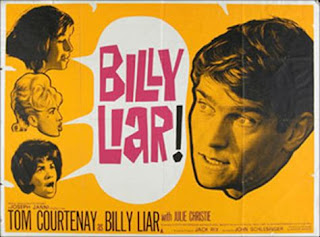 Posted by Brussels Housewife at 2:52 AM No comments:

It seems that the two short plays last month were not as short as anticipated - and so in March our play is Master Class.  With music!

Master Class
By Terrence McNally
The opera diva Maria Callas, a glamorous, commanding, larger-than-life, caustic, and surprisingly funny pedagogue is holding a singing master class. Alternately dismayed and impressed by the students who parade before her, she retreats into recollections about the glories of her own life and career. Included in her musings are her younger years as an ugly duckling, her fierce hatred of her rivals, the unforgiving press that savaged her early performances, her triumphs at La Scala, and her relationship with Aristotle Onassis. It culminates in a monologue about sacrifice taken in the name of art. 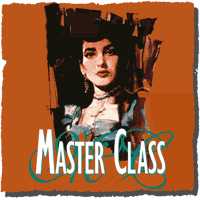 Posted by Brussels Housewife at 1:04 AM No comments:

This month we will be reading two short plays.

The play opens in a rural Irish pub with Brendan, the publican and Jack, a car mechanic and garage owner. These two begin to discuss their respective days and are soon joined by Jim. The three then discuss Valerie, a pretty young woman from Dublin who has just rented an old house in the area.

Finbar, a businessman, arrives with Valerie, and the play revolves around reminiscences and banter. After a few drinks, the group begin telling stories with a supernatural slant, related to their own experience or those of others in the area, and which arise out of the popular preoccupations of Irish folklore: ghosts, fairies and mysterious happenings.

After each man (except Brendan) has told a story, Valerie tells her own: the reason why she has left Dublin,  with a ghostly twist which echoes the earlier tales, and shocks the men. 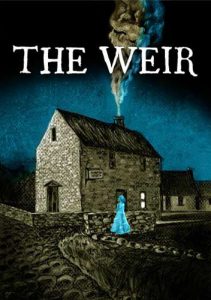 Master Class
By Terrence McNally
The opera diva Maria Callas, a glamorous, commanding, larger-than-life, caustic, and surprisingly funny pedagogue is holding a singing master class. Alternately dismayed and impressed by the students who parade before her, she retreats into recollections about the glories of her own life and career. Included in her musings are her younger years as an ugly duckling, her fierce hatred of her rivals, the unforgiving press that savaged her early performances, her triumphs at La Scala, and her relationship with Aristotle Onassis. It culminates in a monologue about sacrifice taken in the name of art.

Posted by Brussels Housewife at 6:00 AM No comments:

Home, I’m Darling premiered at Theatr Clwyd in 2018, transferred to the Dorfman Theatre at the National for a sell out run in July of the same year, before transferring to the Duke of York Theatre West End in January 2019.  It won the Olivier for Best New Comedy in 2019.  Having said that, one Australian reviewer was definitely unimpressed (let's just hope she was having a bad day...)

The play tells the story of happily married couple Judy and Johnny, both fans of all things 1950s, attending rock and roll dance festivals with their friends and dressing in the fashions of the era. When Judy gets made redundant from her job in finance, she makes the decision to leave the pressures of modern life behind and become a stay at home housewife transporting herself and her home back to the 1950s. Whilst Johnny is supportive of this decision at the beginning, three years later financial pressure of being the only wage earner begins to have serious consequences on their marriage.

Posted by Brussels Housewife at 5:35 AM No comments:

The group now has its own email address: wicplayreaders@gmail.com